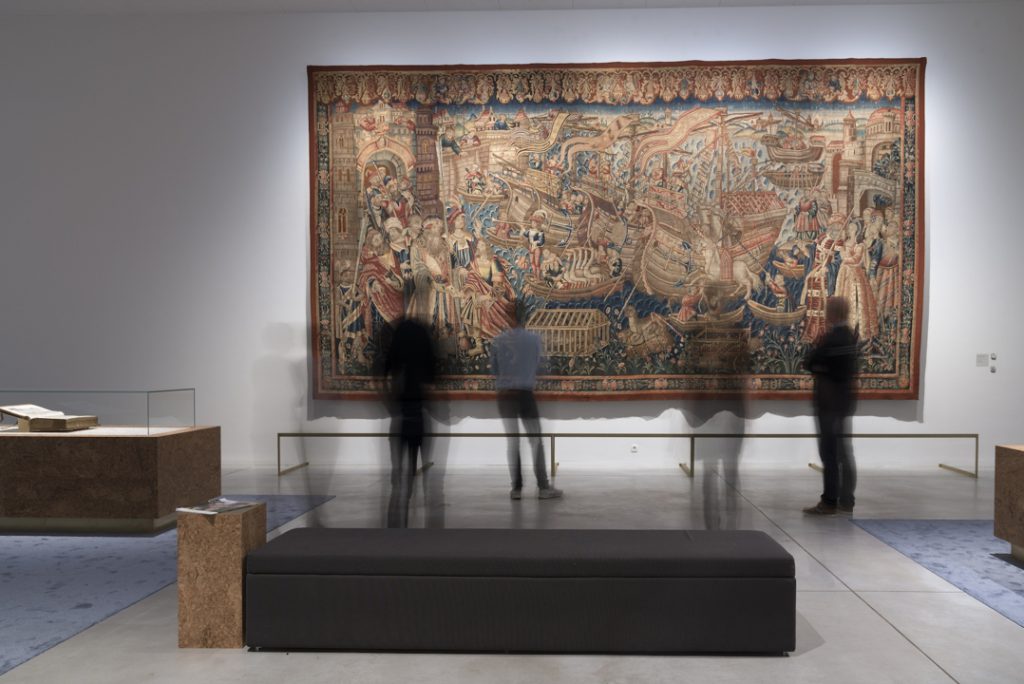 In 2016 we witnessed the 500th anniversary of the first publication of Thomas More’s Utopia in Leuven. Thomas More, humanist, statesman, and ambassador of Henry VIII of England, had his book published at the renowned printing house established by Dirk Martens in the university town – Erasmus acted as go-between. Utopia is, without doubt, the most influential new book ever published not merely in Leuven but in the whole of the Low Countries. Deriving from ancient Greek originally meaning ‘not-place’ or ‘nowhereland’, it was More who coined the word ‘Utopia’ in its present-day meaning.

To honor the quincentenary anniversary of this milestone in Europe’s intellectual and cultural history, the City of Leuven and University of Leuven are mounting a major exhibition: In Search of Utopia. It takes as its starting point a concrete fact in Leuven’s history – the printing, in 1516, of the first edition of Utopia. But the exhibition ranges far beyond that to explore the European fascination with the universe, with the globe, its parts and its inhabitants, and to delve into man’s dream of an ideal world.