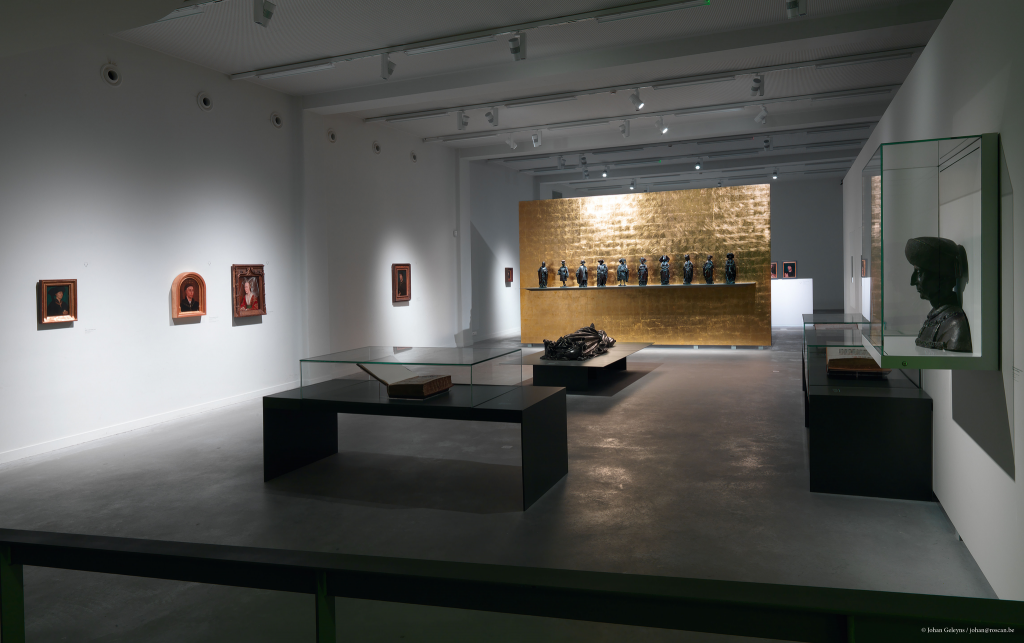 Rogier van der Weyden and Jan Van Eyck were the two most important 15th century painters of the Southern Low Countries. Van der Weyden was the unrivalled master of passion and subdued emotion – for example, the sorrow of Mary and John at the foot of the cross, the deep concentration of the reading Mary Magdalene or the self-confident expression on the face of Charles the Bold, the mighty Duke of Burgundy.

Rogier van der Weyden. The Master of Passions was a prestigious exhibition on one of the greatest Flemish Primitives, boasting numerous exclusive highlights. There were more than 100 exhibited works from 58 renowned collections in Europe and North-America. The exhibition juxtaposed original works by Van der Weyden and works by his associates and contemporaries. Artworks that were dispersed over the centuries were being presented as an ensemble once more and several masterpieces had been meticulously conserved and restored for the exhibition.